In the spring of 2013, Prime Minister Shinzo Abe launched an ambitious growth strategy that rapidly became known as Abenomics. Its aim was to drag Japan’s economy out of 20 years of deflation and put it back on the road to growth. Billions of dollars were pumped into the economy through stimulus spending. The Bank of Japan went on an even bigger spree, printing hundreds of billions of dollars of new money and using it to buy government bonds.

This had two effects. First, it pushed down the value of the yen, which made Japanese exports cheaper. Second, it pushed investors out of bonds and in to stocks. The Tokyo stock market soared. By mid 2013 Japan’s economy was back in what looked like solid growth.

Then, in early 2014, Mr Abe’s government took a calculated gamble. With the economy growing he could risk putting up taxes for the first time in nearly 20 years. Consumption (purchase) tax would rise from 5 to 8%. The tax rise was urgently needed to plug the giant hole in Japan’s public finances.

But the gamble has not paid off. Japanese consumers have stopped spending and the economy is back in recession. Why? The fall in the yen gave a huge cash windfall to Japanese exporters. But instead of increasing the wages of their employees, they have sat on the money.

The huge stock market rise only benefited a minority of rich people. 80% of Japanese people do not own any shares. Instead, their incomes are stagnant or falling, and the tax rise has made them feel even poorer. Hence they have stopped spending.

Oh, my, oh, my. Here is what happened. Japan was a perfectly healthy and happy country with great stable economics. People were well off, the prices were low and getting lower, the economy was producing everything they needed and then some. The problem was that in the absence of inflation large banks could not obtain super-profits. And the largest companies were not getting rich as fast as their American counterparts. Of course, they were not happy with it. So they decided to screw the economy into oblivion and get rich on the ruins.

Under the rule of Abe, the Bank of Japan started printing insane amounts of currency. Of course, just the way it is supposed to be, all that currency ended up in the pockets of the richest and the folks on the street did not get any. The inflation started to work to make people poorer and it looked for a while like the banks may have it their way after all.

Of course, the people stopped spending. So, now the Japanese government painted itself into a corner. People are not willing to invest into government debt and they are also not willing to spend their money and generate taxes. That sucks, eh?

It could have been a lot worse. As things stand now, Japanese people should throw out the greedy government and roll back all of those “reforms”, taxing the large corporations and banks to return the money they stole from the economy in the last two years. Then things will return to normal. Read my previous analysis to understand why I think it’s perfectly normal to have a stable economy without inflation. 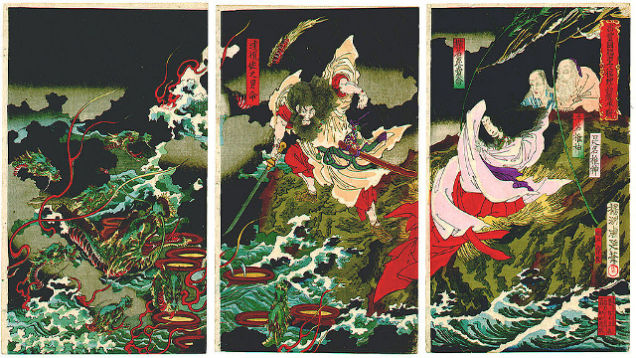