A well-known expression used an abused millions of times over the history of the mankind says that the weapons do not kill people, other people do. The meaning is, of course, that the knife is just a tool and it is up to the hand wielding the knife to put it to use – good or bad.

In fact, all of the technology is like that. The technology can be put to serve people or it can be used to deceive people. I think that recently most technologies are used to deceive people and more and more technologies and techniques arrive every day that serve this same purpose. They could be put to good use, serving people and helping us on our evolutionary path but, no, they are not. Instead, they are all abused.

I used to argue and fight against such uses of technology (that I consider to be rather abuses) but to no avail. And now I realize that it is no use fighting against it. As Antoine de Saint-Exupery says, you never fight “against”, you always fight “for”. So it is necessary to fight for the proper uses of technology, put all those resources to the service of people with their full understanding and consent. 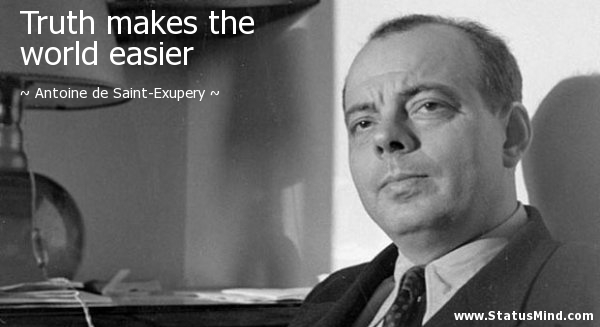